History of a vision 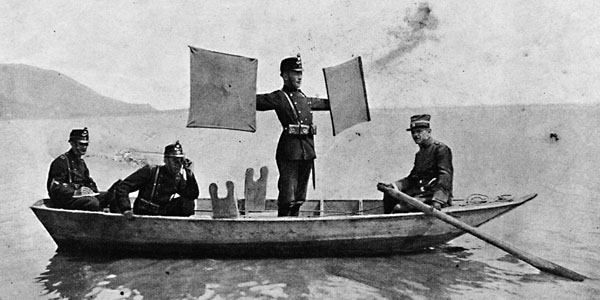 Switzerland, unlike almost any other European country, has no official army museum. This is all the more astounding given that the Swiss Army has had a major, occasionally even decisive, role to play in shaping the Confederation over the centuries. Huge personal and financial expenses have been incurred as a result of our forefathers military efforts. Today, quite apart from the buildings and documents left behind, we still have over 100,000 military objects including weapons, uniforms, pieces of equipment, vehicles, communication material and more. This material legacy from the army forms part of the cultural heritage of Switzerland and is worth preserving carefully with two definite aims: to open up the full history of Swiss military activities to a wide public and simultaneously ensure that the objects concerned are preserved and protected expertly and professionally.

The DDPS and the SAMS frequently receive requests for information about the history of the Swiss army and most notably its equipment or we are asked to provide support in the form or information or material for exhibitions or presentations. This is an important role for us and we can only provide substantiated facts and information to satisfy these requests if the necessary knowledge is available to us which further relies on the availability of properly evaluated and assessed documents and material. It would be a poor reflection on an army that could no longer provide information about the history of its own material.

When it was founded, the Swiss Army Museum Society (SAMS), like its predecessors, sets itself the target of establishing a Swiss Army Museum. Several failed attempts already lie behind us (the full story can be downloaded in PDF format) and the committee has now come to realise that a further museum is not a viable proposition given the lack of political support and the impossibility of raising the necessary funding. If, however, we are to continue to preserve and look after these objects and offer interested parties a chance to view them and learn about them, we will have to find new ways and ideas.